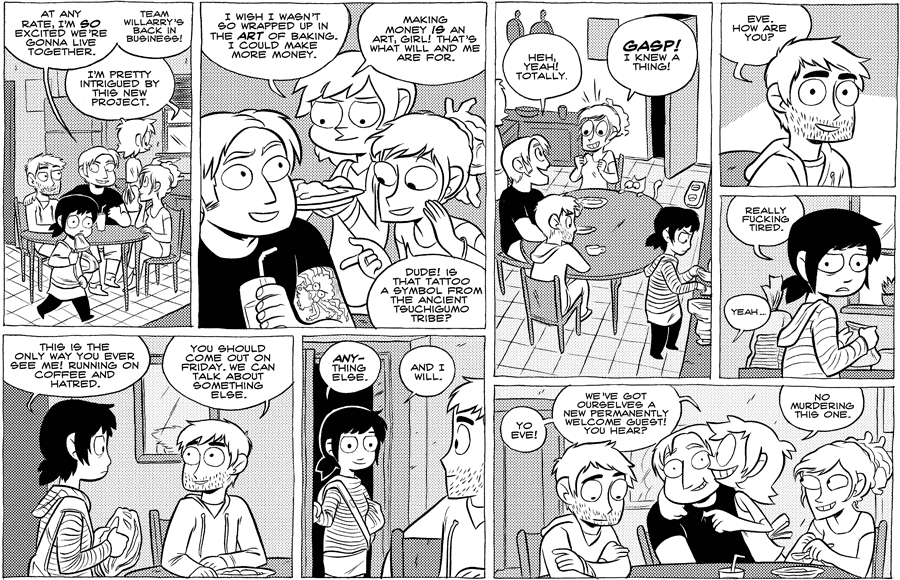 I've been up to my ears in work getting ready for SPX! I look a lot like Eve in panel 5. But it'll be so totally worth it. Back to the drawing board!