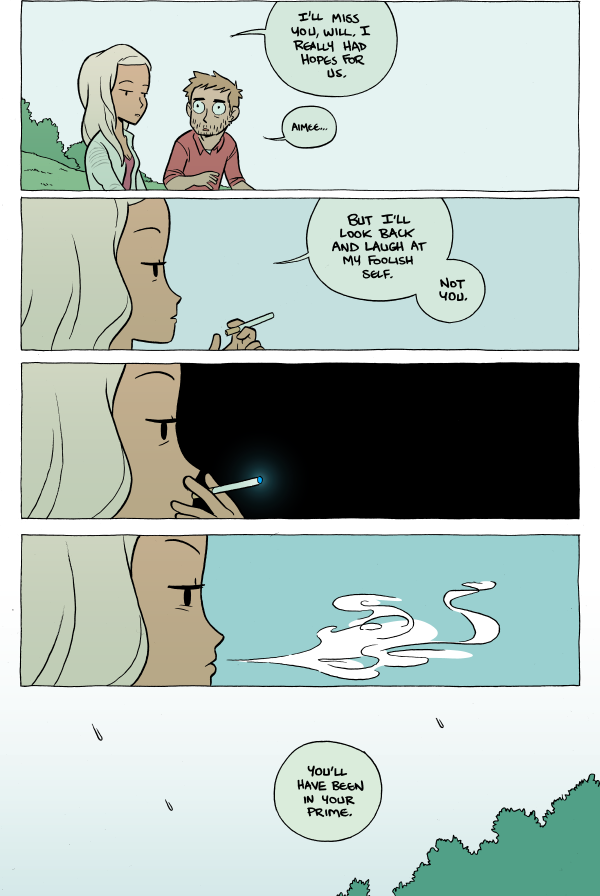 I don't know if this detail read, so... Shit, okay, remember when vapes were called e-cigarettes and kinda looked like cigarettes? I know this was an entire lifetime ago. Anyway that's what I was trying to imply with the blue light - that Aimee was already examining her life and changing her habits. Way back when Will got it in his head to be with Aimee, she suggested behind cigarette smoke that they were similar in a particular way. This was my fine point on that idea.