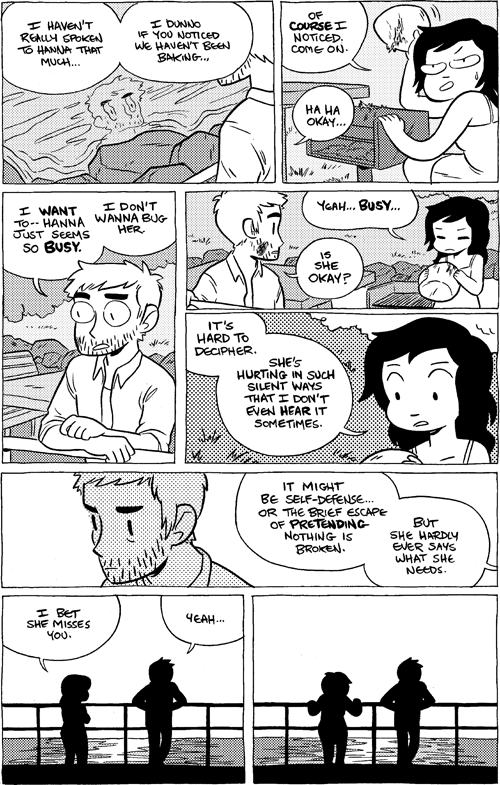 Guys -- something neat and exciting! I'm forming plans to do Octopus Pie in FULL COLOR in the near future! The comic has been in black & white for 7 years, and I think it's time to try something new that will really enrich the comic. To be sure, I'll need your help for this. I would be employing a colorist, so I've made this a priority as the next goal of my Patreon Campaign. If we hit $2400 in pledges a month, it'll be enough to keep me eating and happy, AND working with a great colorist to produce 10 full color pages. If you love the comic but haven't pledged, this is a great opportunity to do something that directly affects the art. It doesn't need to be much - even a buck or two per month will help towards the goal! Pledges over $2 will also give you access to the sketches and vintage OP art I post to Patreon. If the promise of color hasn't sweetened the deal enough, colorist Sloane Leong has done three sample pages of recent strips! You can look at them here. Also be sure to check out Sloane's excellent cartooning and illustration work. YEAH!