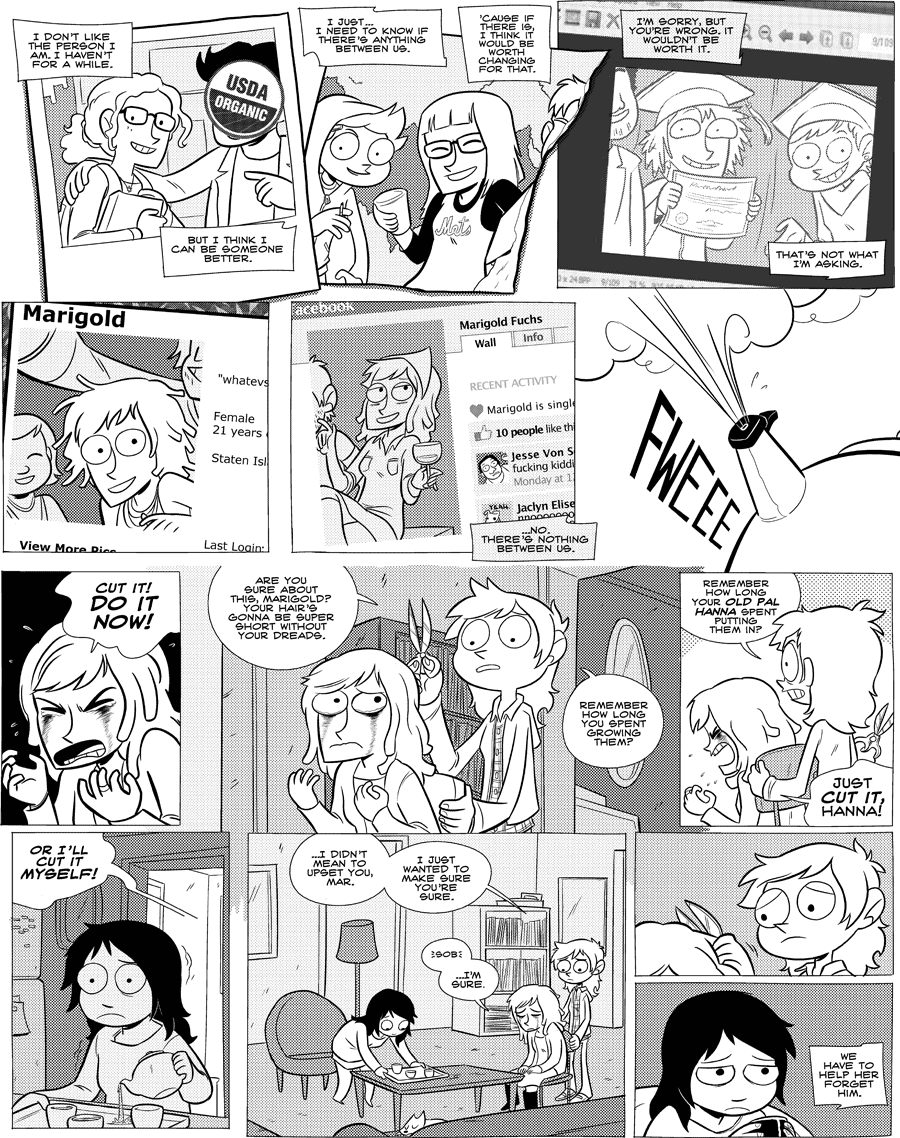 Boy it is hard to replicate websites in Photoshop. Enjoy this double page! I think this chapter will be a fun one.