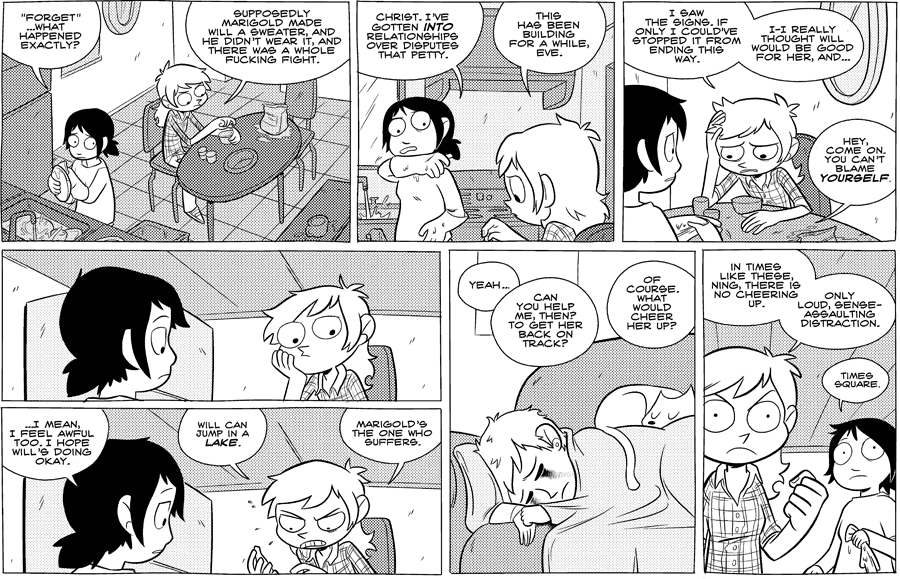 Oh where will this go. Well, I know where. But ask yourself that maybe! Just a heads up, I'm going to be running some guest strips next week while I drive cross-country to my new home in New York. So check back regularly for some comics by friends that you will totally enjoy!