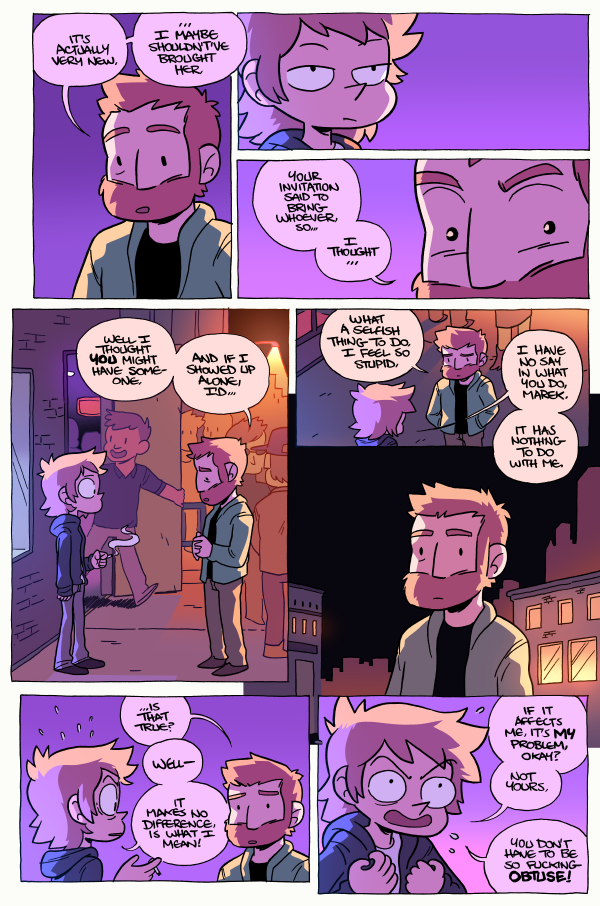 I feel so weird about this one, that Marek volunteers so much of himself and kinda throws the new girl under the bus. In truth he probably shouldn't be dating, not seriously, if his ex is still so prominently on his mind, still motivating his choices. It's uncomfortable that sweet, kind Marek would be capable of using someone this way. But this was their breakup in essence, the wool being pulled from his eyes, a seemingly perfect world full of problems they just weren't talking about. Are they ready to talk about them now, or was the party just an excuse for one more meeting?