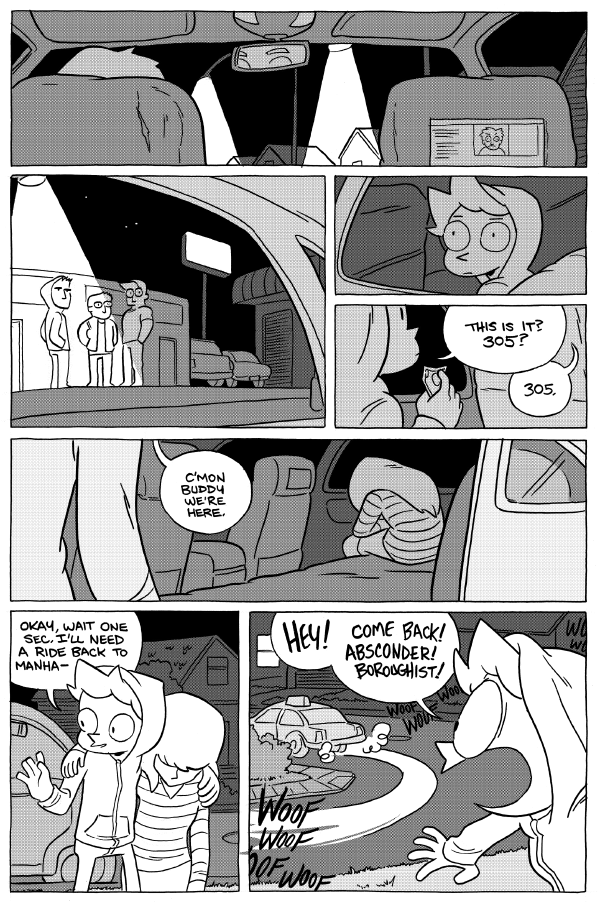 Most boroughs seem like a pain in the ass to get to if you don't live there. Staten Island is particularly remote, though, and a tourist as stubborn as Hanna would probably feel like she's passed through Jupiter's vortex and can never return. The gag in the bottom tier references a common, somewhat understandable refusal by city cab drivers, one that was made illegal by the time the strip was written. I imagine things have shifted again in the age of the ridesharing economy, and probably not in a way that benefits the drivers. It's easy in 2020 to see how Hanna's ideal world of seamless, uninterrupted commerce can't be sustained.