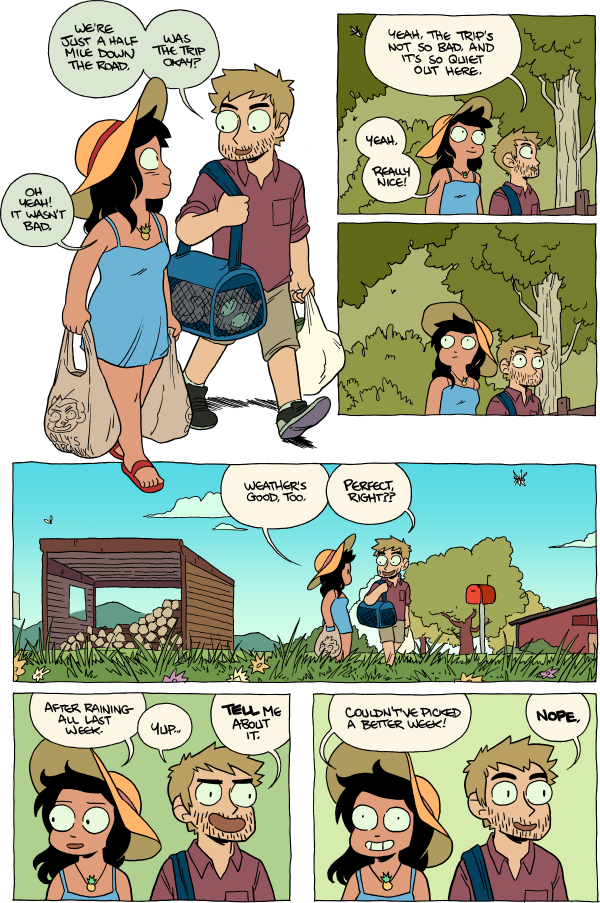 There's a desperation in small talk, at least for me, to get to the point where airs can be thrown off. Sometimes if I'm finding it hard to get there, I almost want to give up: declare how boring it is, and strike at any pressure point where a human being might be hidden. But I'm timid, and there's almost always something at stake: good relationships with neighbors, colleagues, friends of friends. Here, there's so much at stake, and they've had so much time to falsely visualize the location, the scenario, the other person. Fortunately, and unlike Hanna, Eve and Will can stand to play the game. When almost every encounter has led to some kind of seduction or communion, it's almost a tacit admission that they don't really know how to be around each other yet.