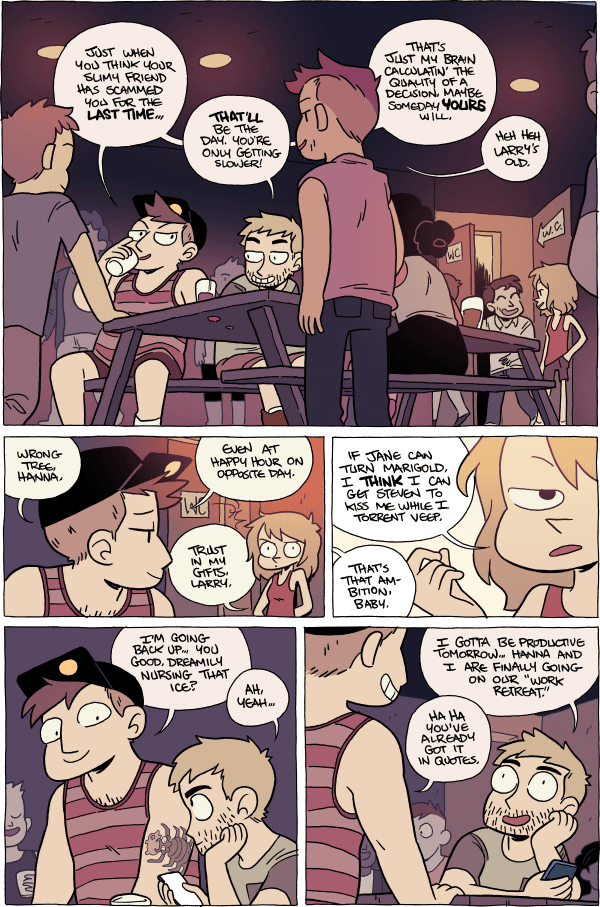 Spoiler: they're all single, and none of them get laid. A night is not measured by such things, but it will bring a sense of melancholy as the hours tick on. Hanna and Larry COULD make it, but that's sort of the dance they do across chapters. From this point on, it seems clear that Hanna will get hurt. She's on the defense, lowering her standards and comparing herself crudely to others, when she doesn't have a chance. Larry is simply in no hurry. He's happy to sit back and watch his friends get dragged through time.