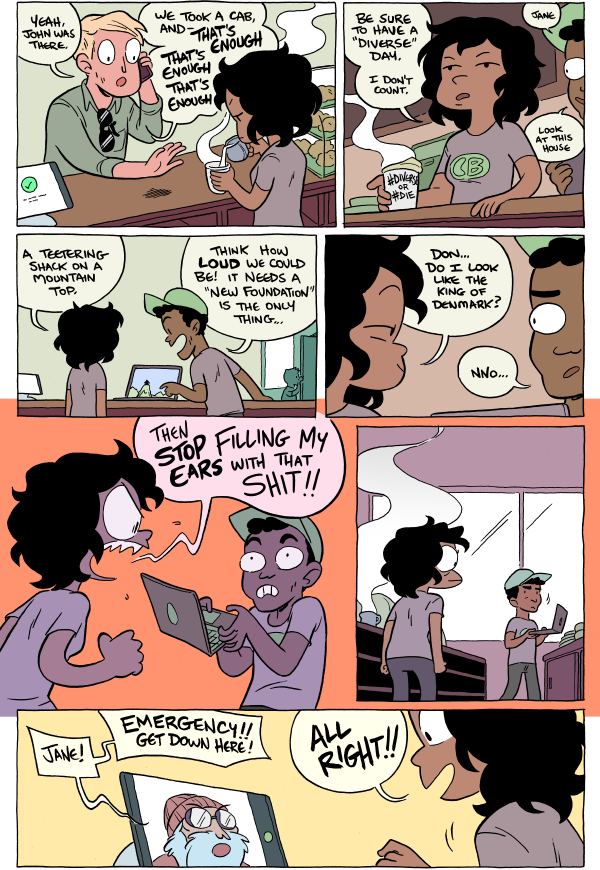 So this chapter is named "Boy Problems", a tongue-in-cheek tribute to a Carly Rae Jepsen song that was new around the time, but doesn't actually have much to do with anything. It's a song about the lightness of breaking up with a boy, in the face of a falling out between friends.

In hindsight my alt title could've been "Ice Princess/World Princess", songs by Azealia Banks and Grimes that emerged around the same time and stuck with me. They're both cold proclamations of the singers' wealth and success, sneering at all who doubted them - not perfectly spot-on either, but somehow closer. I played with the princess trope a few times; these are girls who grew up in the 90s, and the comparison seems inescapable. In a world of personal branding we all have ideas - at times, troublingly uniform ones - about how we wish to be seen. The songs had a power and a significance to me.

A few years out from this, Grimes has had better luck controlling her image than Banks, who can't put a lid on her contentious thoughts - an undesirable trait in a pop star. But Grimes has also disappeared into an aesthetic that leaves me cold. I still love the music but I never wanted to know about her relationship with a billionaire or her skincare/wellness/swordfighting routine. It shakes loose the limitations of her art, of art itself, in the face of real crisis. I guess in this way, she is the princess: gifted, unmatched, aloof. Banks has lost her grasp on power, but she retains something coveted in 2020: the ability to speak freely.

Do I have anything about the page? The "diverse day" line was in response to a very unsuccessful waux (faux+woke) Starbucks campaign, the actual name of which I can't remember.