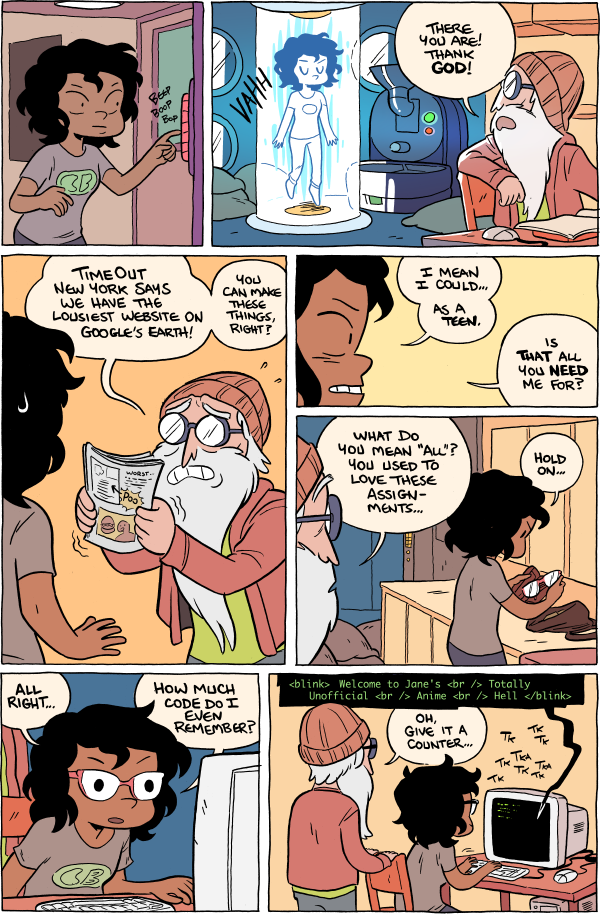 This part of the story was a bit of a slog to draw, as anything would be following a big emotional moment. This is a great challenge in storytelling that I try to guide my students through all the time: creating that transportation from one moment to another without losing momentum. It's easy to get excited about revelations, twists and turns, and the nature of one's characters before you've put pen to paper, but those things do not nearly add up to a story. An endless amount of stories never get written - only amounting to sketchbook pages and elevator pitches - because the sum never lives up to those tiny parts. I take this as evidence that either the artist was lacking in discipline, or the story was never viable. Both have been the case with me.

I look back on the relationship between Mike and Jane fondly, only wishing I'd had a little more parental experience to really write them in the roles they've taken. He is effectively her adoptive family, with the business and all his wisdom promised to her. He created a magical sci-fi wonderland for her to play in, and the fact that she's completely bored of it now is bewildering to him. I would've liked more time in general to show teen Jane and the origin of her tastes and behaviors. I tried my best to paint a picture of that in the scene that follows.