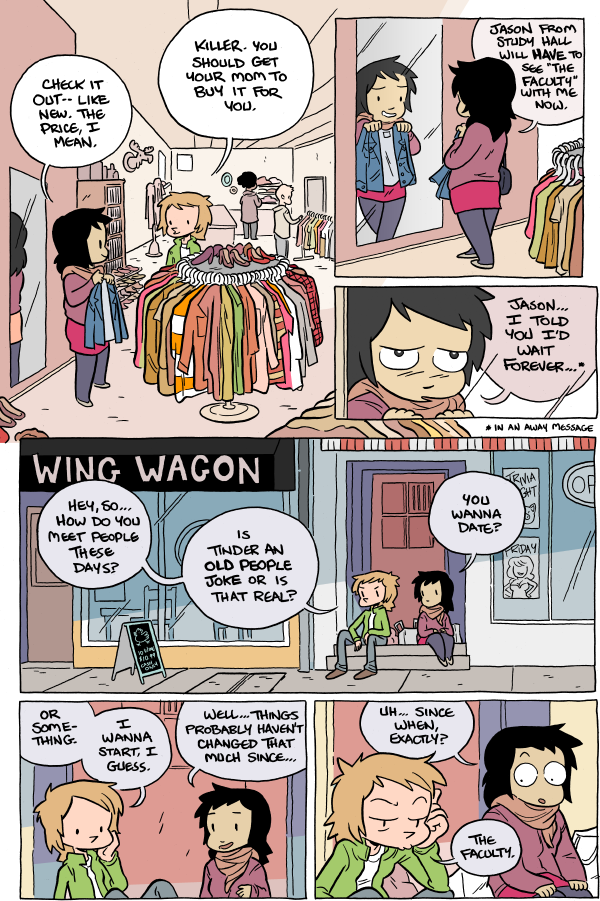 It's a common discussion that Hanna and Eve "switched" roles at some point in the series, but this is an example of how they've just dug deeper into who they always were. Hanna was able to hide a lot of things behind her relationship, including the experience of courtship, with which Eve has become closely acquainted.

Eve isn't the main character of this story - her role dissolves after this particular scene - so why set the stage with her college break-up? I wanted to show the timeline of heartbreak that needs to gradually calcify into wisdom through not just time, but actual effort. On this path, Hanna has only just begun.