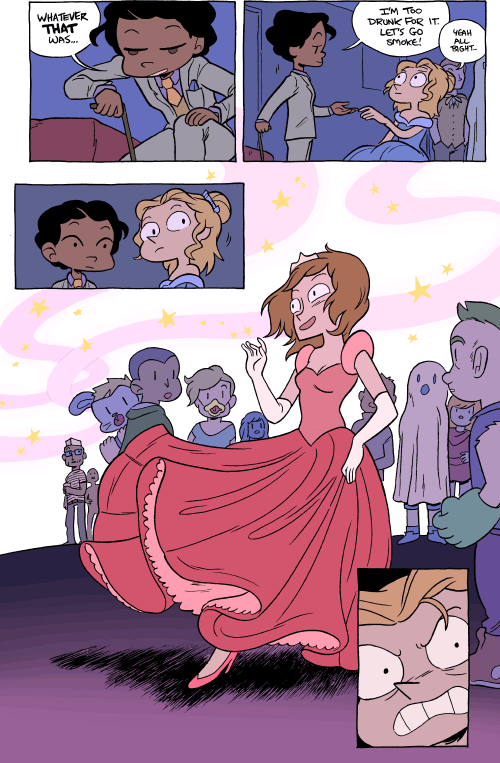 I think around this page I realized I needed to be posting my images larger, this isn't Tumblr for god's sake.

I was already looking back on Hanna's anger here (now I'm looking back on looking back on it), a kind of insanity brought on by KNOWING the ways a person is fake, and seeing it fool everyone else, as if being charming is an unethical deception, and people would ever choose not to be charmed. I still get a little crazy when a slick politician who doesn't read as human at all to me, succeeds at fooling people who want to be fooled. But at least I can say there are real policies at stake there, not just some vague social hierarchy I'm worried about my part in. I've dropped out of most of that stuff now, having found what I need in close friendships and family. But the search was real once upon a time, and the stakes were HIGH!