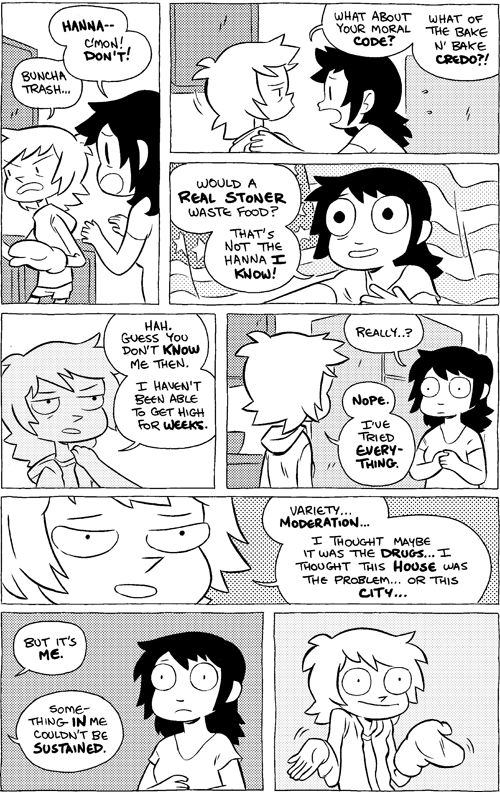 This is a bit of a fantasy angle, I guess - Hanna can't get high anymore. But it describes the problem. As Lana Del Rey sings in her latest album, "So I moved to California, but it's just a state of mind / It turns out everywhere you go, you take yourself, that's not a lie". This is Hanna's central conflict from here on out.