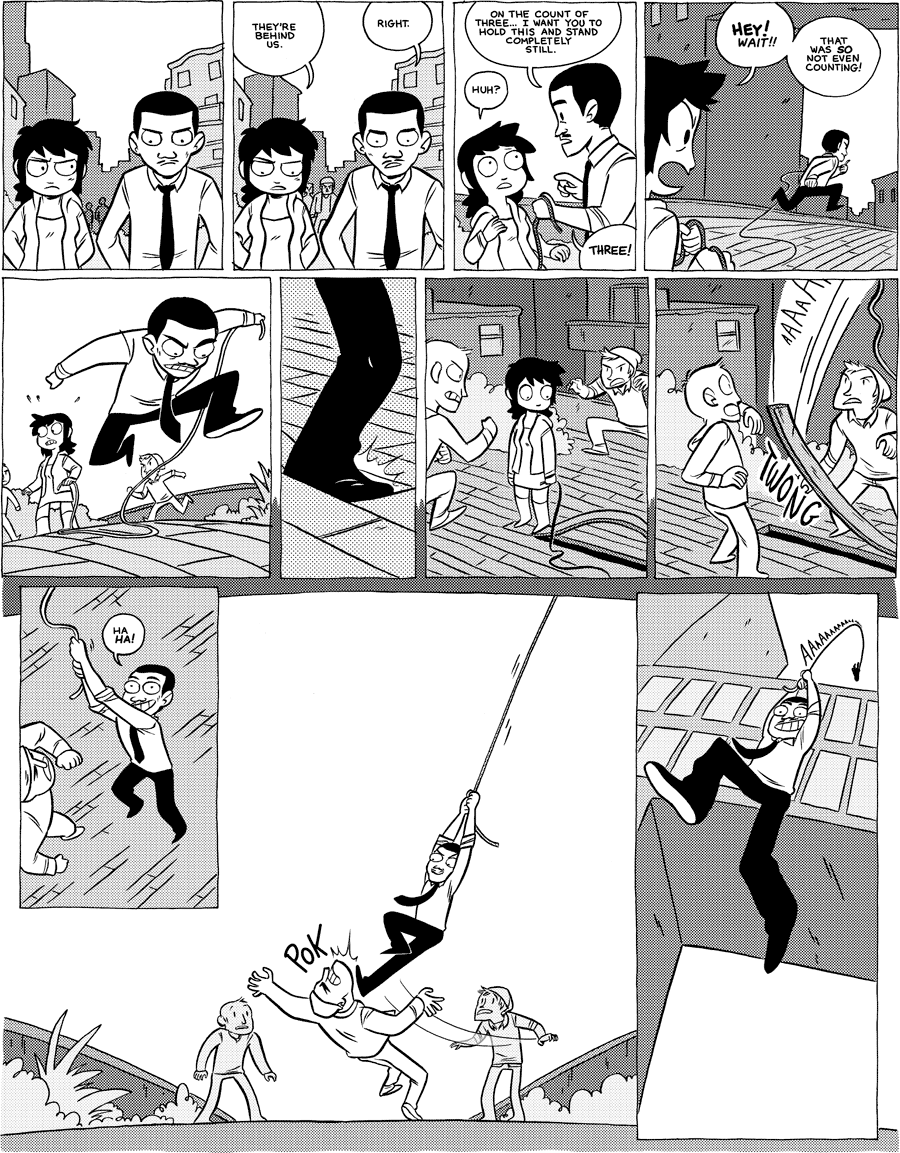 DOES THIS WORK??? I'm still pretty happy with the physics of it, but let's see. It would've been nice to have a panel where Don's end of the rope is pulled taut, so we really believe he's rising off the ground. I also could've varied the scaling on that bottom tier a bit. But I like the illusion of swinging, and it's got a fun, springy energy to it that you can't stay mad at for long.