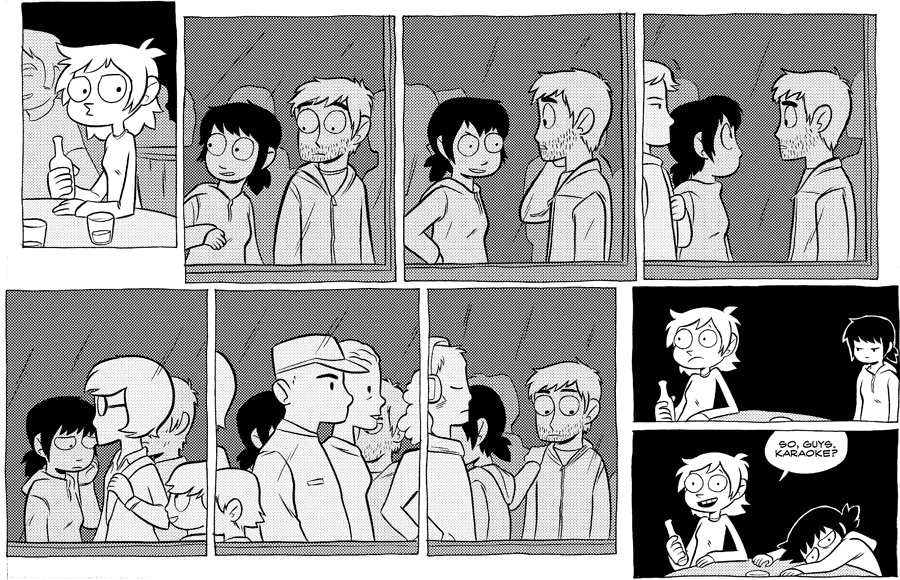 Good news! Today is my brother and sister Joe & Jackie's birthday! They're twins and 22 years old and I love 'em like crazy. Have a good one, lil' guys. New Yorkers, did you know I'll be at New York Comic Con on October 8-11? I totally will! With books, prints, stickers, glassware, original pages and maybe even something brand new. Come see me at the Dumbrella table - booth 2217.