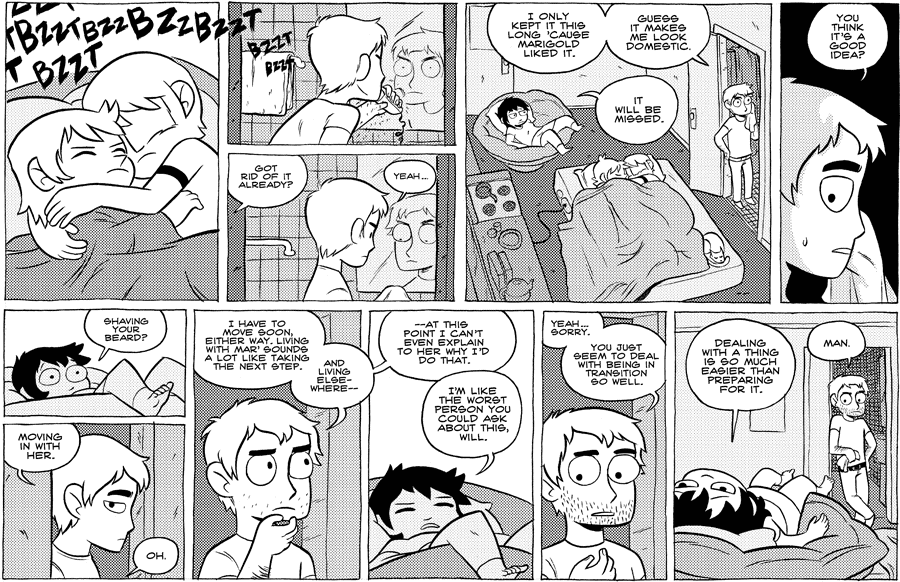 Everyone's really cute in this one. Will's beard is a cheap joke, but they're all such puppies here, I think it's all forgiven.