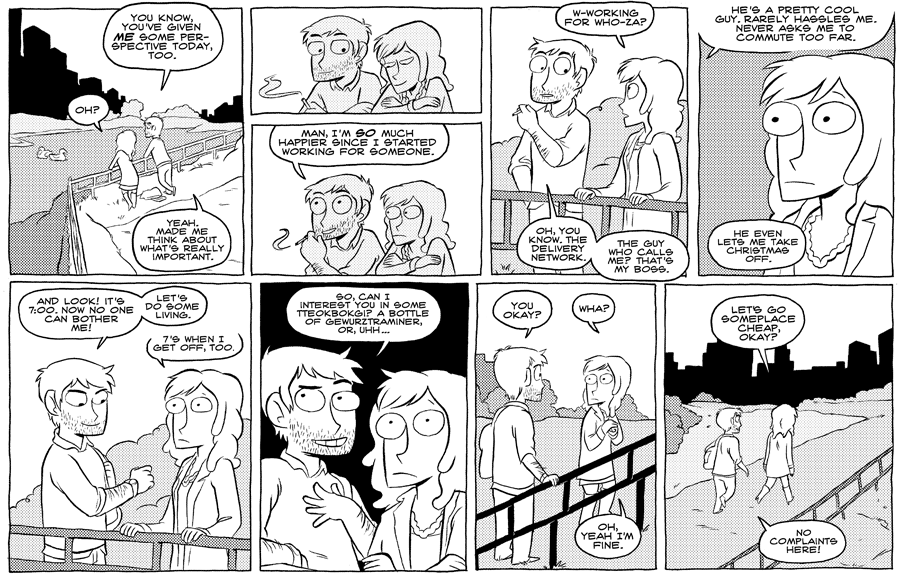 So ends Mar's first true disillusionment of many. The word balloon arrangement on this page is a bit wonky. I really tried to keep balloons up near the top later on, to avoid the eye being led in a seedy direction. Seedy balloons for a seedy character.