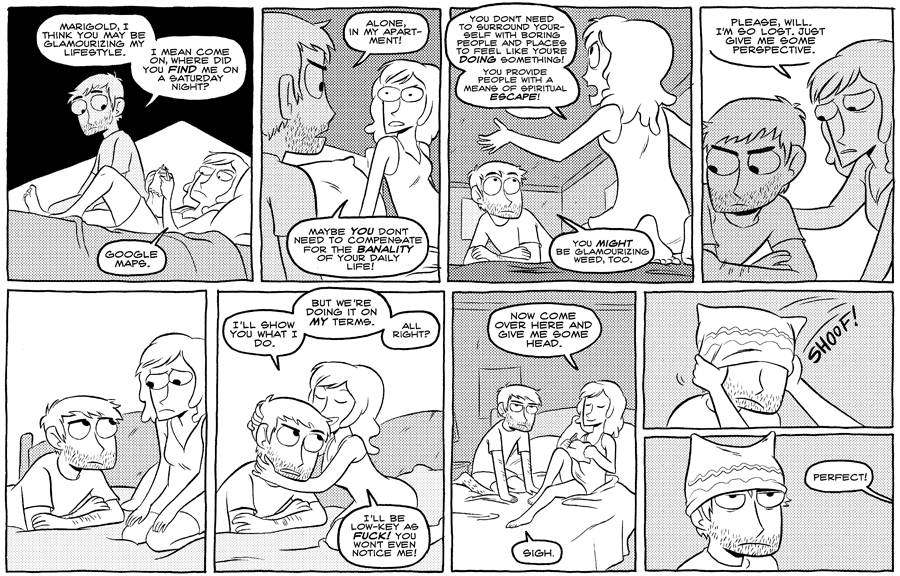 Sorry for the website hiccups yesterday! Everything should be back in working order now. ONE HOPES this will not happen again. I'm off to Toronto for TCAF today! So excited! A girl grows to miss her fleeting times in Canada before long! Oh yes, and some good news for T-shirt fans who like to read/book people who are cold -- you can now buy Octopus Pie books in the Topatoco store! This is particularly useful for multi-item shipping deals, or for ordering straight up with your credit card. You can still order them directly from me, but you now have choices. Yeah to that!