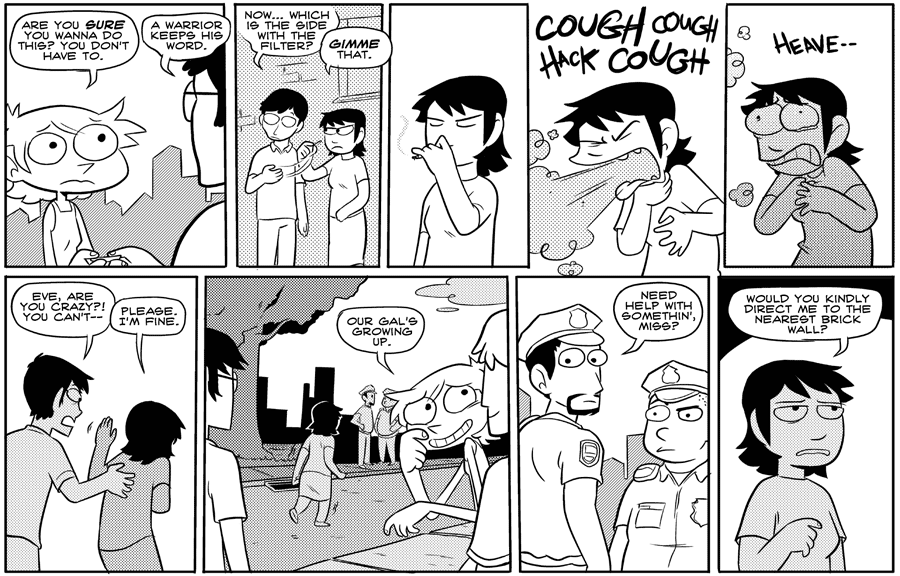 What a kindly police officer. Was he meant to look a little like Kris Straub? I don't think so. But it has definitely Occurred to Me.