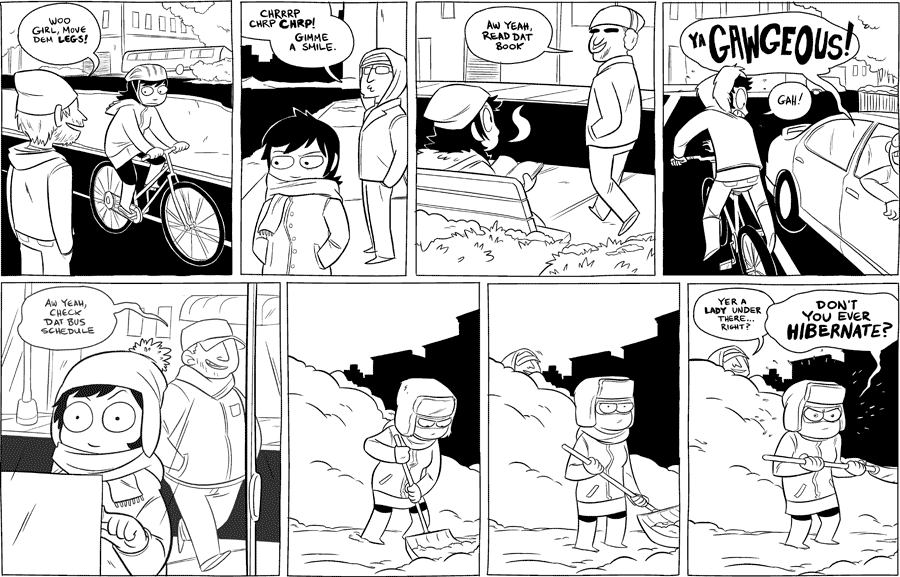 New York is a city that never shuts down, and the lechers are no exception. In my time away from the city I'd forgotten just how persistent they are, even in the coldest weather. Those brave souls.