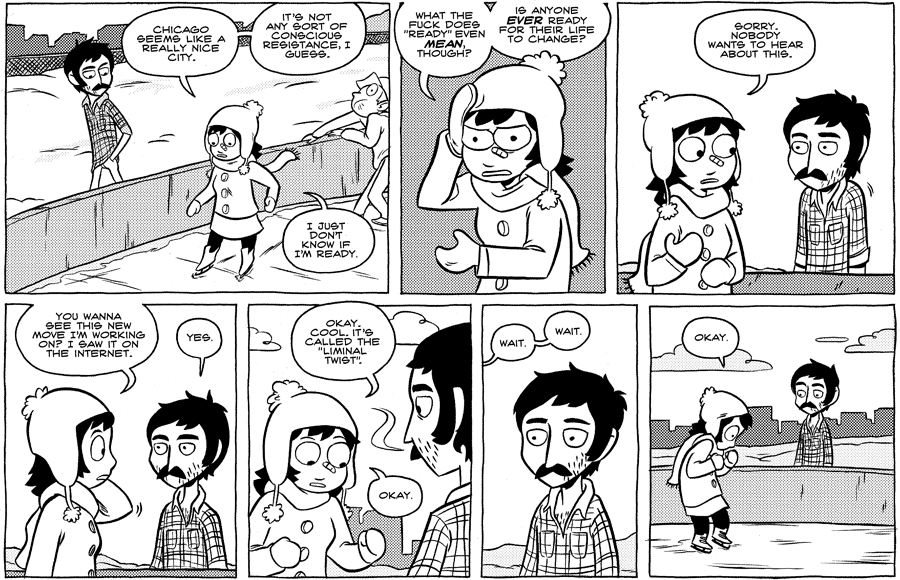 I had a draft for a comic that would come right after this, where Eve would actually do the move, sort of a sequel to the page where we see her do an axel, but it just didn't come together. I decided ultimately it was funnier and more appropriate to her character that it didn't.