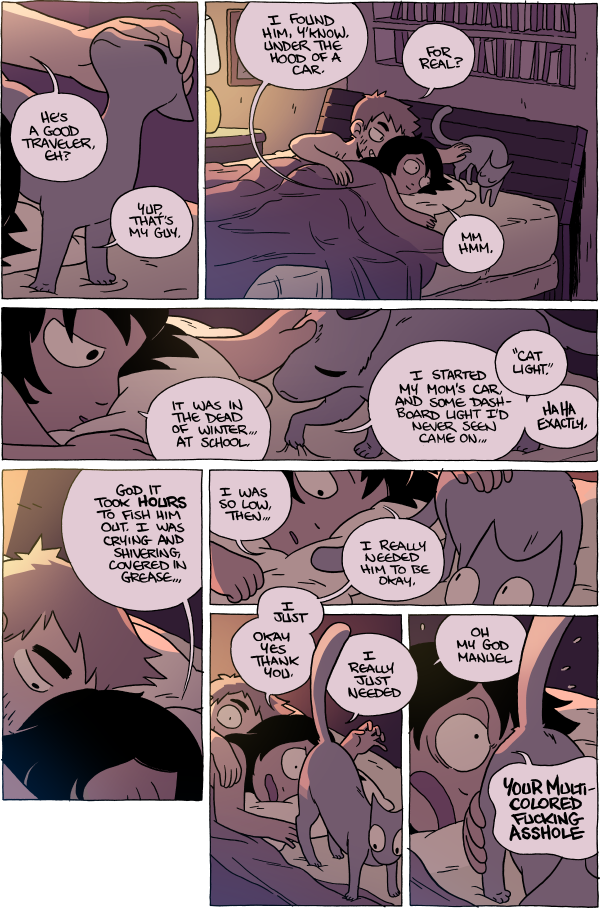 Hey all, we're back. The comic will continue as normal. The world around us will not. Stay vigilant. I send you my love.