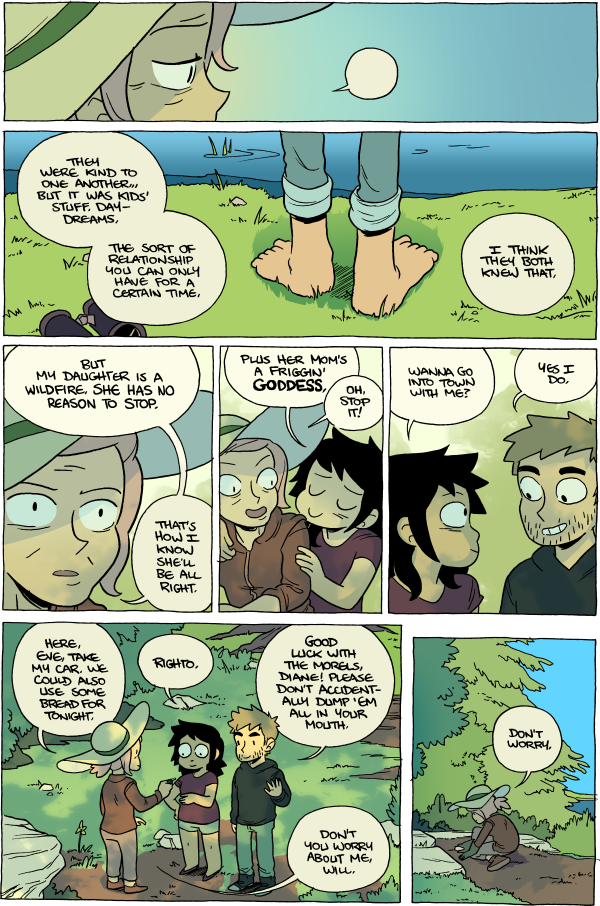 This is a sort of boundary I found hard to accept in early adulthood: the parent who won't burden the children with their problems, no matter how serious. But what experience do the characters of OP have caring for anyone but themselves? Gradually they're taking on the needs of friends, romantic and professional partnerships. But being capital-d Depended on is either a brand new or perfectly foreign concept. They're circling around what someone like Diane actually wants and needs from them.