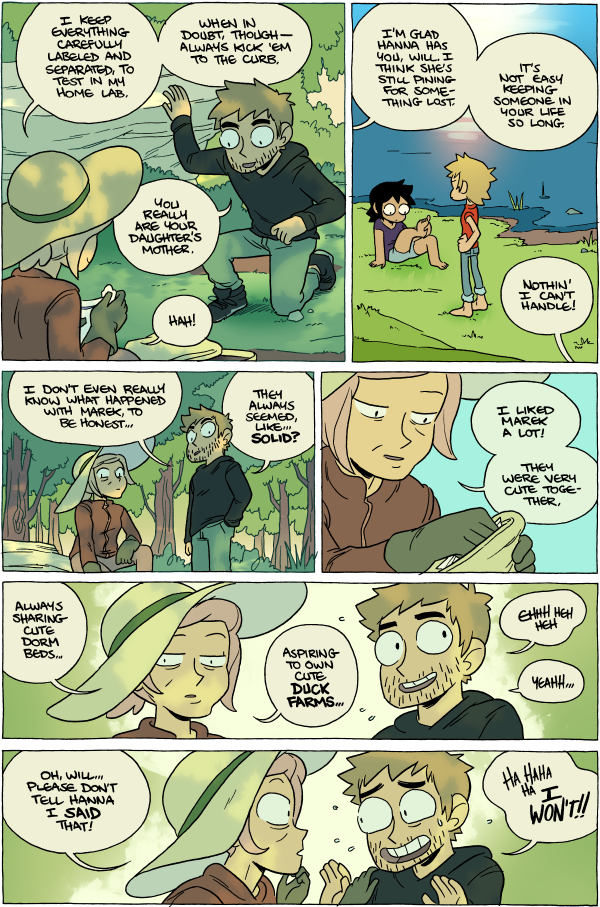 This might be the closest we get to an obituary on Hanna and Marek. What went wrong? Well, nothing in particular... but if you saw them from the outside, they weren't really growing up together. Diane knows they would've grown to resent each other in time, as youth fades and the reality of aging and wasted time sets in. But she knows better than to verbalize this; criticism only reaffirms a need to double down. Better to watch her daughter come around to her own conclusions, to feel the sting of knowing, than try to force her view.