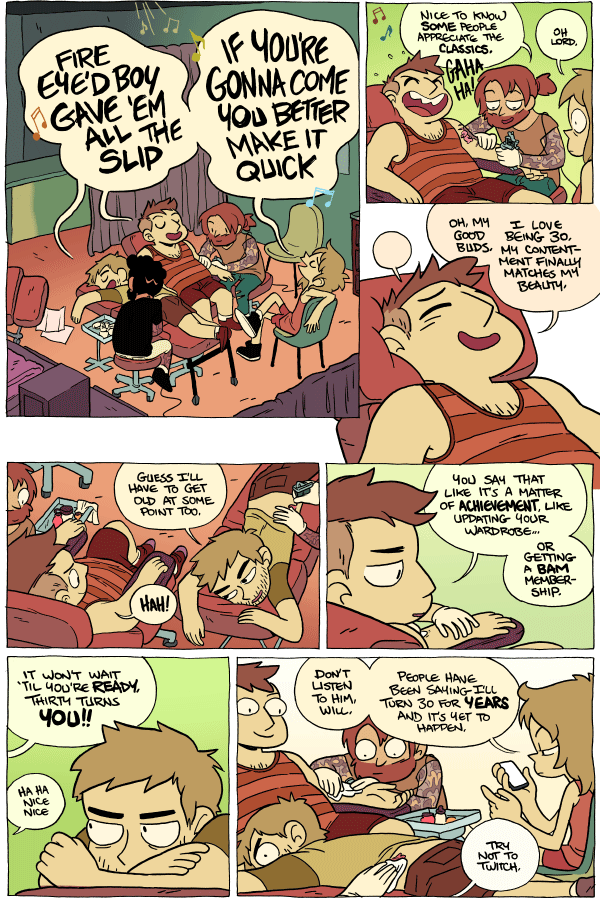 So yes, there is something wistful and sentimental about this whole ritual. When there's more than one, tattoos really do mark the ages: all the old loves, rivalries and entanglements, where we were, who was there, and what we were thinking when those decisions were made.

Broken Social Scene and that whole Canadian indie wave felt so young to me, the wall of sound and pop riffs and whispered desire. In comics I had a very small pool of friends who engaged with music the way I did, when I desperately wanted to talk about it. I didn't have much going on socially in those days, devoting most of my waking time to work. Overall - and maybe inevitably - I spent a lot of time alone with my thoughts on music, wishing I could find that kind of excitement and energy and romance in other aspects of my life. I only did so later on, when youth had all but slipped away, and the music felt stale. The music revealed its uselessness as any sort of template, and became more of a backdrop to a fulfilling life. Now the music, too, is a mark of days well spent.