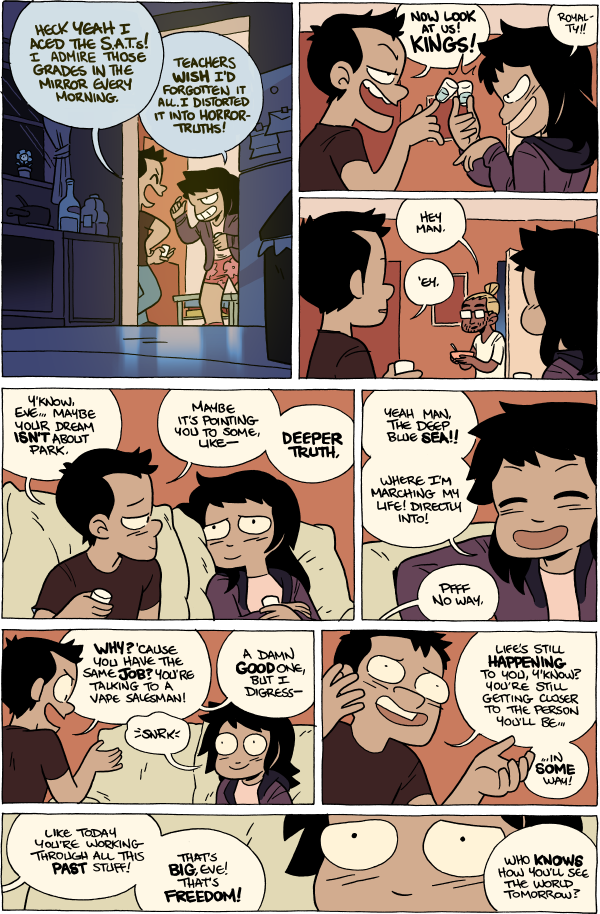 Have y'all seen the new B9 Kingdom Kickstarter? I'm doing an exclusive Octopus Pie sketchbook for their new art book set, which you can get when you help fund the print run. If you're a fan of OP you'll get a lot of neat sketchbook and B-side art in mine! Plus art books from Dustin Harbin, Becky Dreistadt, and Evan Dahm, which are sure to be terrific. There are 11 days to go on this book run, so pledge now!