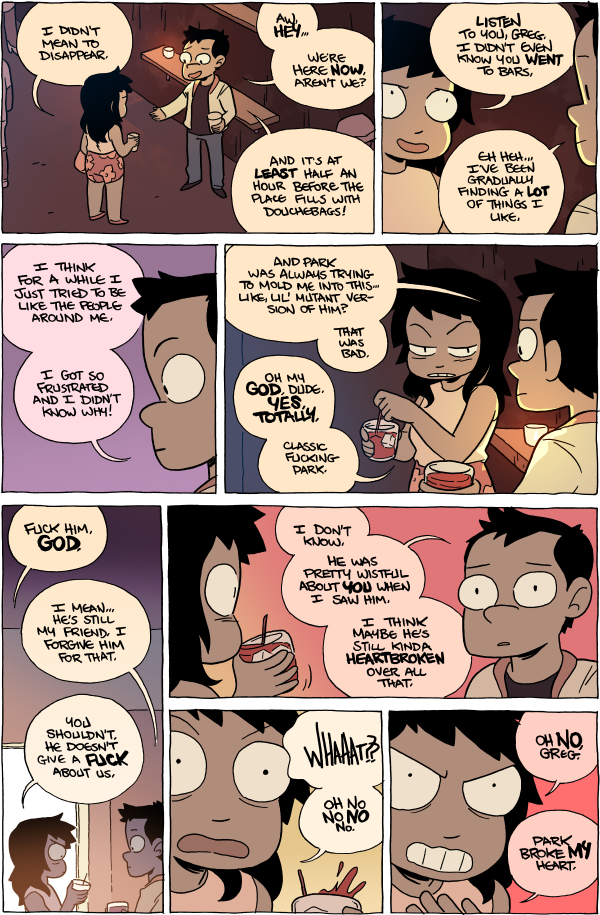 So here's where the "in defense of Park" part sort of kicks in. And again, I wasn't trying to present a Right Side, here - only to mirror the kind of cruelty in Eve that she'd just recently suffered. She called up Greg with one thing in mind - and here we are - and it's not going her way. Is it really unforgivable, what Park did? Only if she and Greg can get their stories straight. About now she probably wishes she'd called someone who didn't know her back then, doesn't know anything about Park, and only has a spiritless curiosity for the issue. She accidentally called someone who loves her.