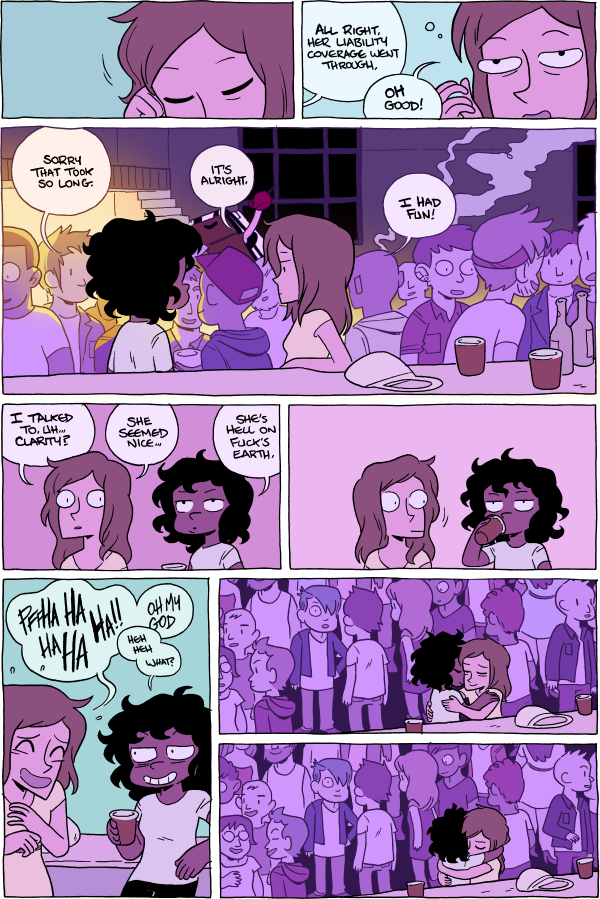 Oh right, before Meryl-as-a-car disappears completely. Yeah I thought tits on a car was funny, but more broadly I was speaking to the kind of identity you take on when you're a "car person" in Brooklyn.

I don't wanna overplay Mar's naivete, she was obviously very willing to be a part of this group, and that's a nice bit of growth within their relationship. But it's definitely a moment of realization from Mar when Jane shows her contempt. I think a single panel for the hug at the end would've sufficed - it might've even given it the spontaneity I was going for but didn't really achieve.

I did have a vague idea for a (minicomic?) story about Jane's history with Meryl and Clarity. It would've been a big dumb exploitation spy/espionage story, very different from OP in general. I never quite worked it out the way I wanted, and I'm sorry.