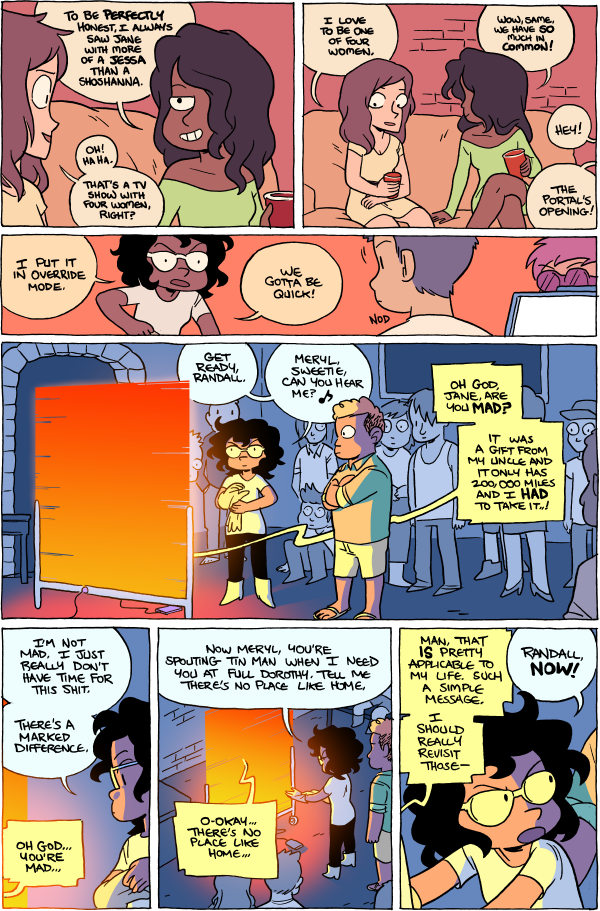 In the top tier they're talking about Girls, a show set in Brooklyn that felt similar to OP in a distant way, that I very much enjoyed and didn't want to weigh my own work against. But the comparisons did happen, because ensemble stories about women felt like a genre at the time, even as their influence on the culture rapidly grew. Anyway, a thing that's much more interesting to me is Marigold's gentle naivete in this scene, like maybe she's not used to being hit on by women, or at least to noticing a woman is hitting on her. Her white collar experience tells her to be friendly and open to networking wherever she goes, and this person is probably a good friend of Jane's by her very presence here, and she seemingly misses the lean forward and the sliding hand altogether.

The rest of the page is reminiscent of a kind of selfish apologia that has only intensified in media and discourse. Jane is trying to help Meryl as directly as possible while Meryl obsesses over how she's being seen. Inevitably, her mind wanders to other bits of culture she can absorb and wear as an identity, until she's no longer part of her own rescue.