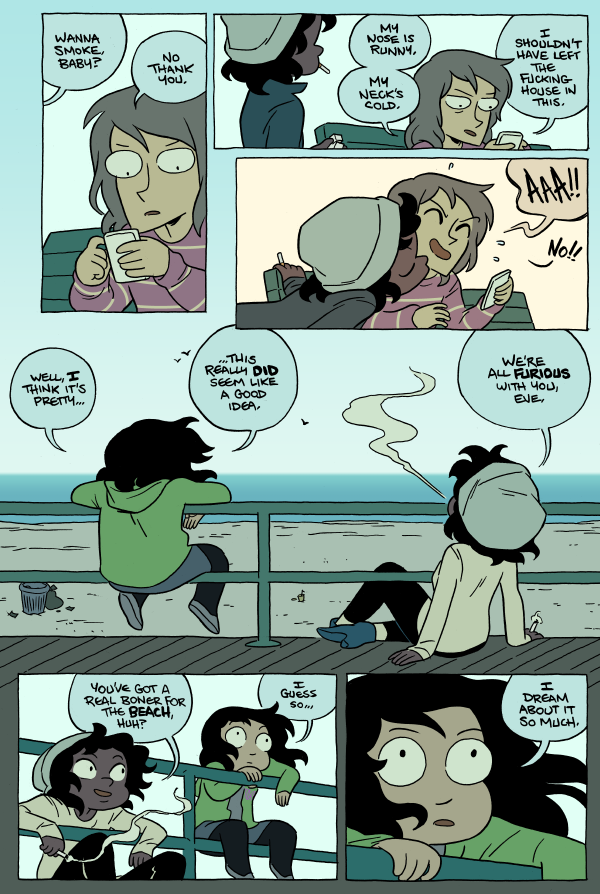 Hey! HEY! Have you checked out OP colorist Valerie's new webcomic Goodbye to Halos? There's still time to say you were There From the Beginning, but not much. The timer begins after this sentence.