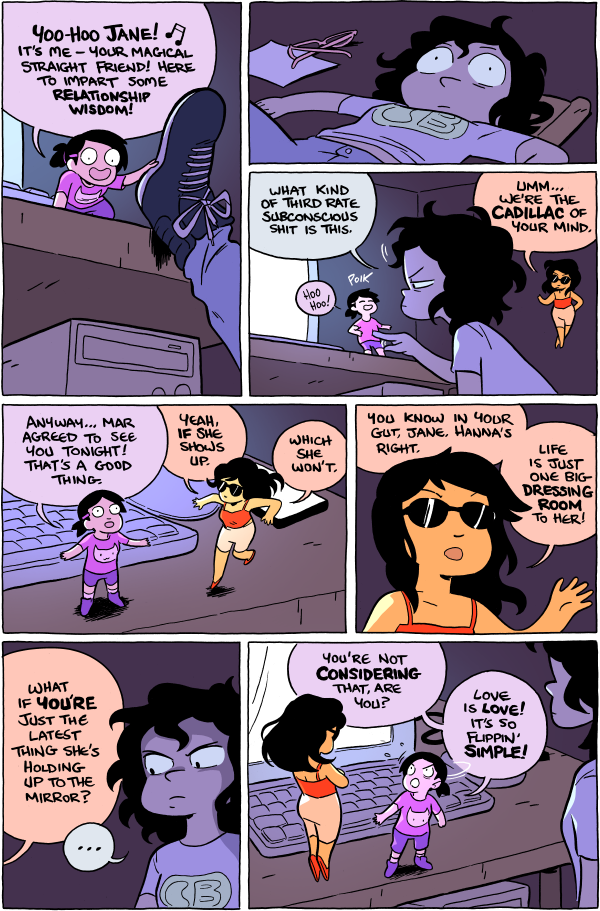 There was naturally some confusion about whether Eve's nymphs are working from Eve's or Jane's mind here. The short answer is the latter, but I think they've taken on a personality of their own, by way of their disagreements. They're fighting a broader battle of two selves, one that I wager is healthy and necessary (and messy) to a developing brain.

I don't know why I didn't go with the "we're the Cadillac of your mind, bitch" line I wrote into the script. Seemed too nasty to talk to Jane that way? Eve is the most elastic character, recipient of the most cartoonish abuse, and Jane just didn't hit that level for me. It would be sad and fucked up if Jane was, say, impaled by a bed of spikes. But it seems like a silly thing to hem and haw over now.