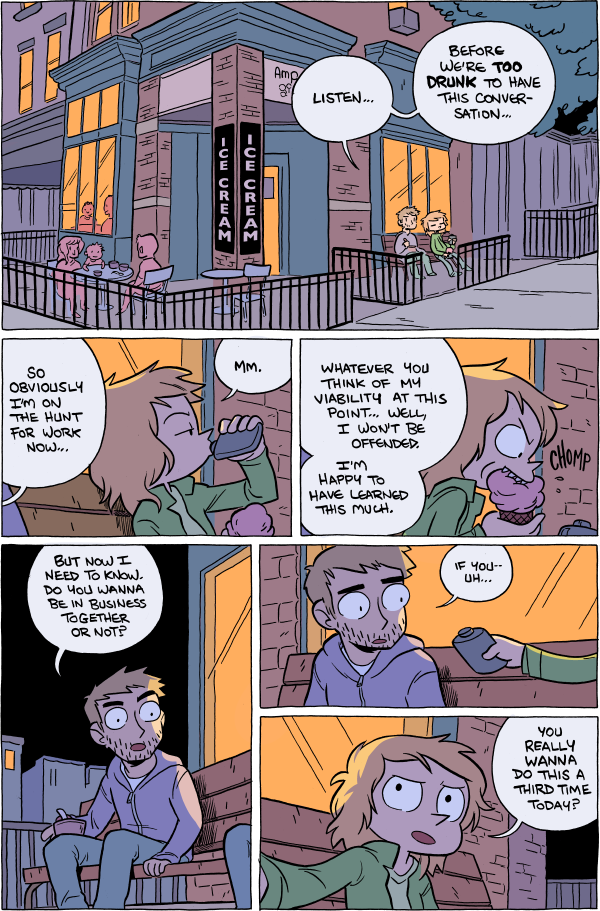 The ice cream place shown is Ample Hills, and hell of a worth visiting if you're in Brooklyn. Warm weather means I can spend the next few months having conversations with myself to justify going.