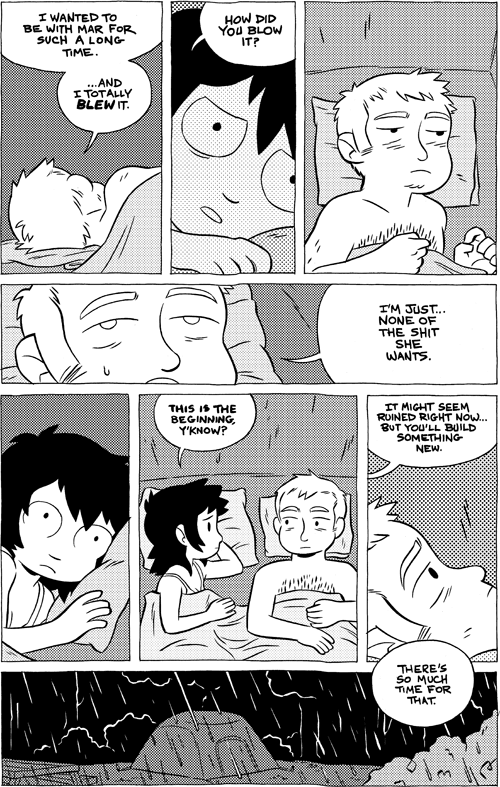 I think Sean maybe misses out on sympathy because Marigold is more of the main cast, and Sean is more visibly an asshole. But I really did feel for Sean when I wrote this, particularly with this idea that he "blew it". It's an acknowledgment that he really never was right for her, but he'd hoped by following the right script he could bypass that. In my lowest moments of longing I've tried to do exactly that, intellectualize every aspect of relationships, things that can only be felt, that you can only hope to fake for a very short period of time. Sean knew all this. Even in his own unhappy state - as this shameful thing Mar kept around to avoid her own pain - he was looking for the right combination of words and gestures to freeze time. For him, there was nothing more frightening than that "new beginning": confronting that there was never any love between them.