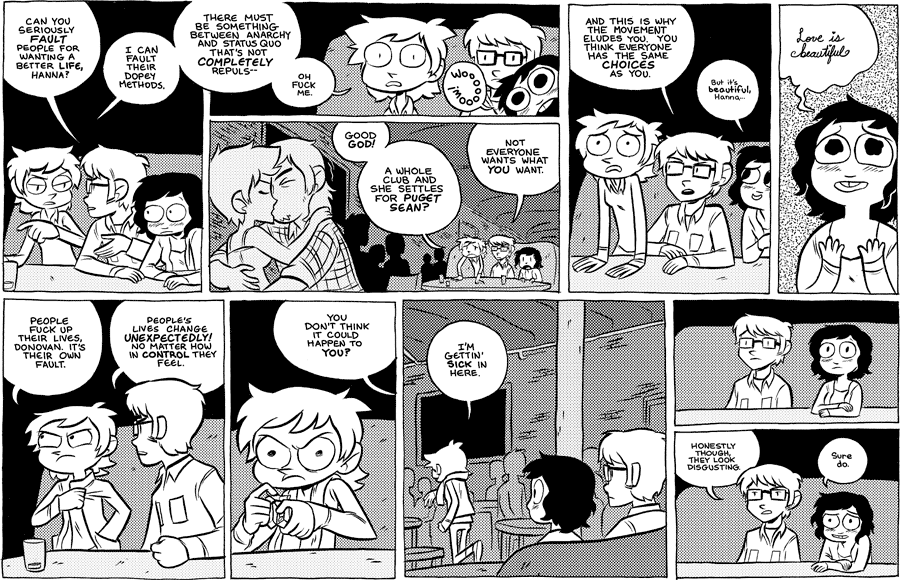 My favorite character moment here is Hanna looking desperately at Mar & Sean as if something has gotten away from her. I wish I'd really leaned into the grossness of Mar & Sean's kiss, something a little more high schooly and playing up how thirsty we'd seen Sean being just a moment ago.