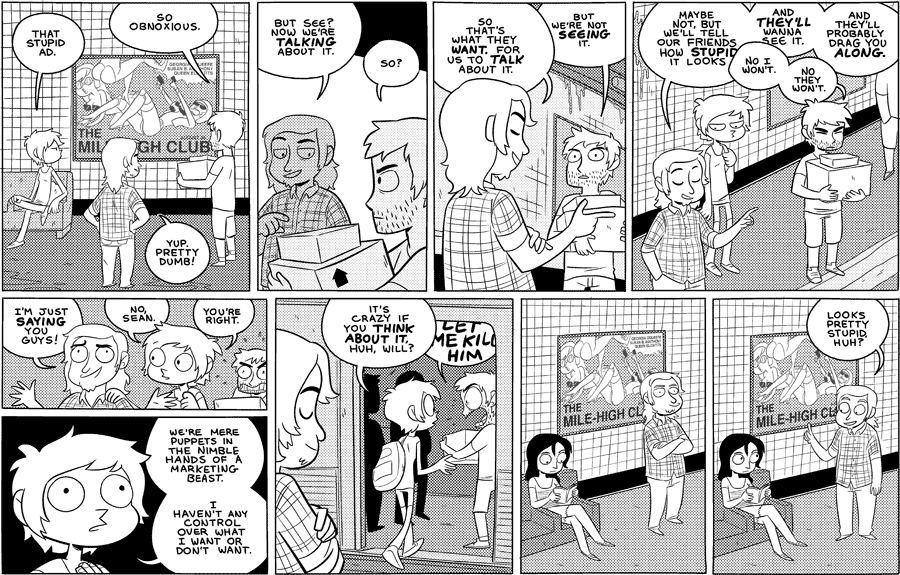 Pretty dumb, huh? You might recognize the Mile-High Club and the Strong Female Characters from the work of fellow cartoonists Carly Monardo and Kate Beaton. We created these characters in a moment of freshness, and they've since revolutionized the entertainment world on its ass. Reminder: I'm doing a book signing party at Desert Island next Thursday, August 25 in Brooklyn. Info here.