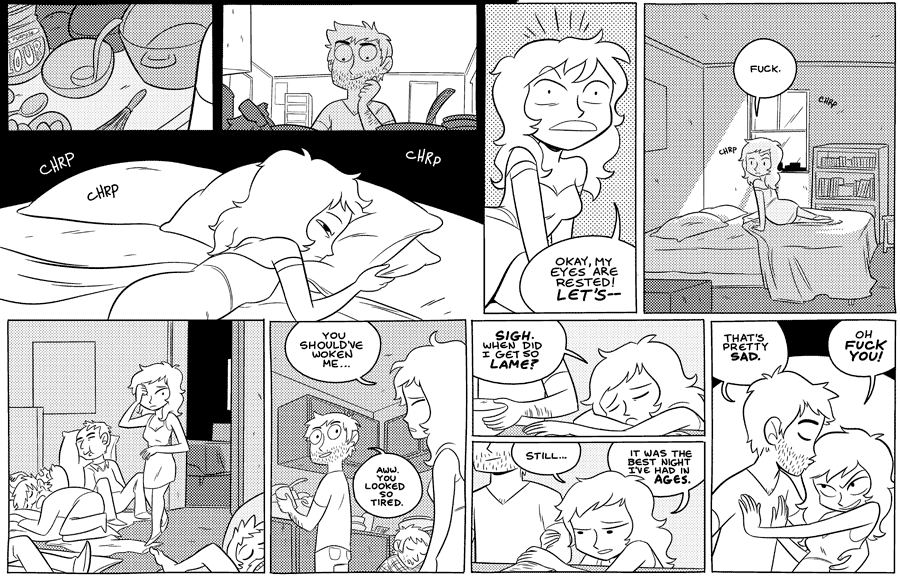 Haha whoops. One more page to go with this story! Woop!