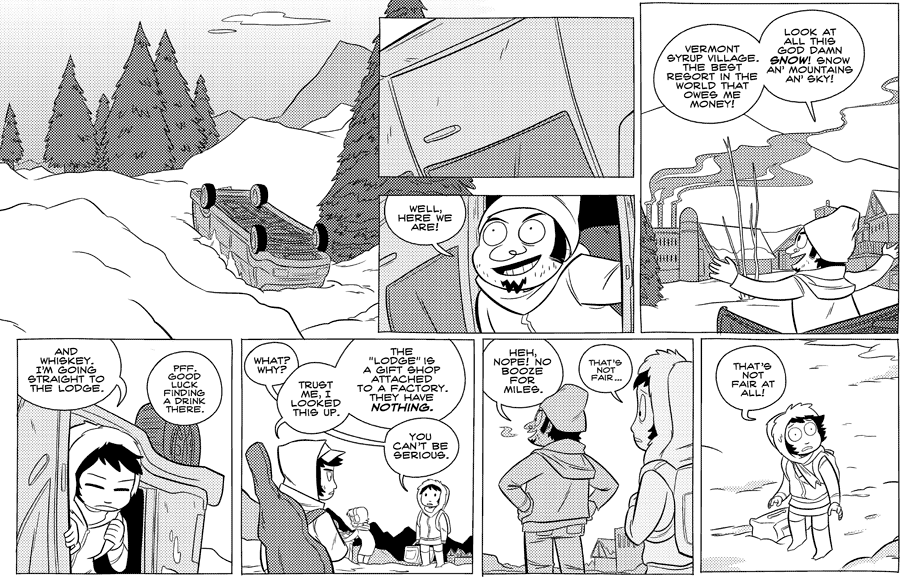 New storyline time! So much snow. Speaking of which, if you're in or around Western Massachusetts you should come to Webcomics on Ice! It's gonna be a meet + greet/signing/arcade party that everyone's sure to enjoy! Check out all these comics people!

I will be there. I'll have some books for sale and I'll be doing sketches in signings and gabbing with folks. The event is totally free to attend and the Facebook event page with all the info is here. Hope to see you there!