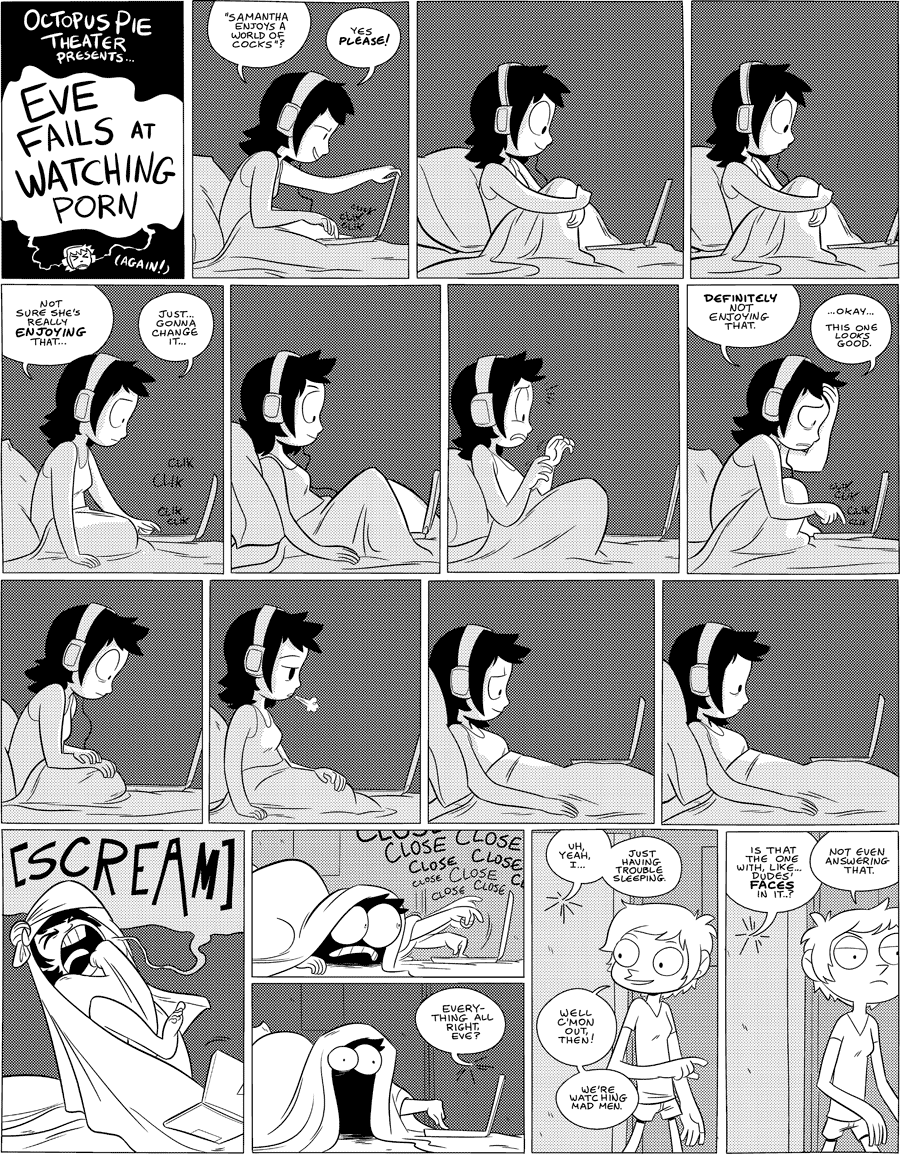 Here's a new comic for a new week. I'm very tired from back-to-back weekends of Comic Con and signing mountains of books, but it is a good tired. I think it might be a good idea to get on a reliable weekly schedule for the time being. More on that soon. New Yorkers: I'm doing a book release party for Listen At Home With Octopus Pie at the end of August! I will be reading from the book, signing things, and hopefully meeting you! And I'm told every book purchase will come with free beer. The party will be at the awesome Desert Island in Williamsburg, Brooklyn. Here are the details: Thursday, August 25 · 7:00pm - 9:00pm Desert Island 540 Metropolitan Ave Brooklyn, New York RSVP at the Facebook event page here.