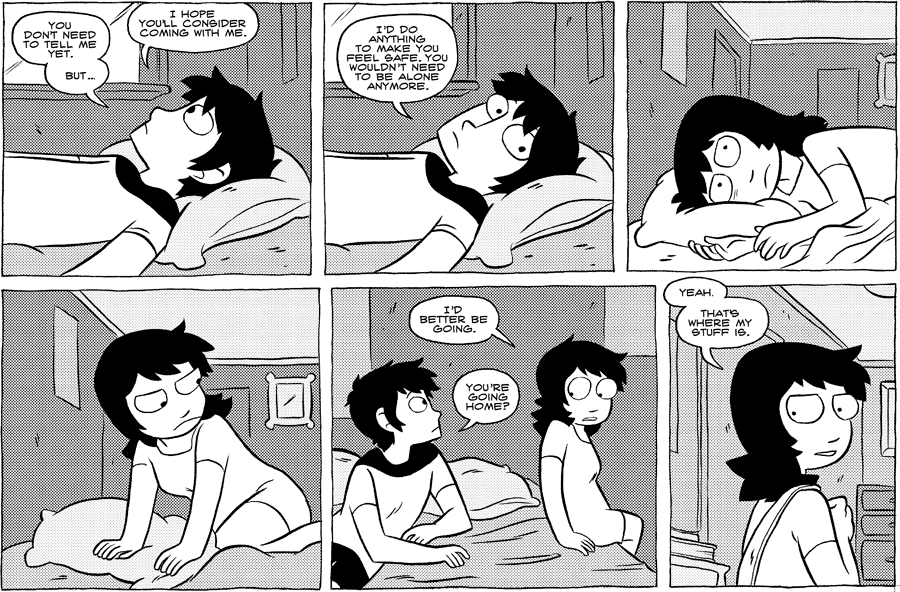 This page on the other hand really didn't need to be 6 panels of all the same size. I wish I'd varied it up some more - it mostly acts as a bridge to the next page, but it deserved some more consideration.