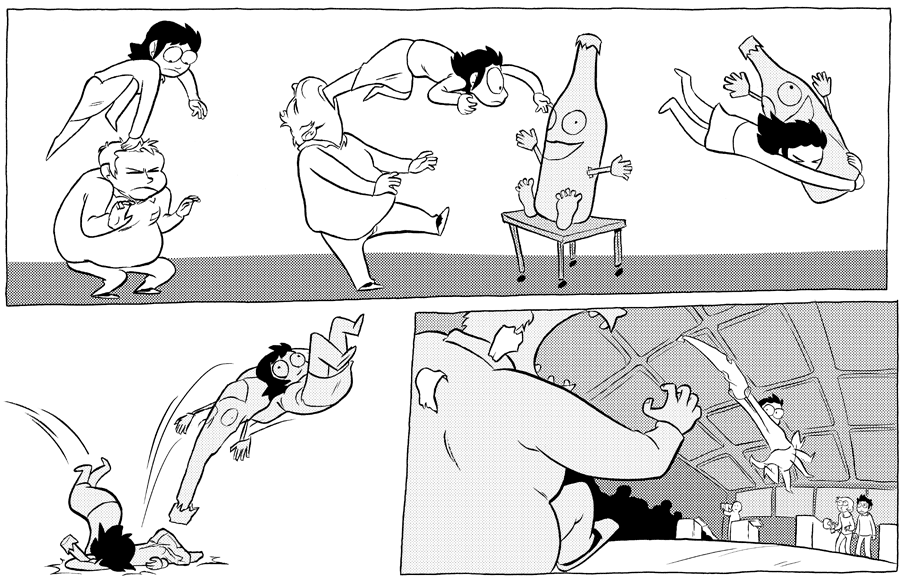 Guys!! Guess what I received in the mail yesterday.

Excuse the crappy photos, but I'm currently staying in Portland, where there is limited technology. Nonetheless, I delightedly cobbled a few more pics together on my Livejournal for all to view. I am very pleased with the way this book came out. The colors are gorgeous and the book has a very substantial, weighty feel to it. As for the comics inside, well, there are no surprises there. Everything is sharp and crisp and lovely as it should be. :)