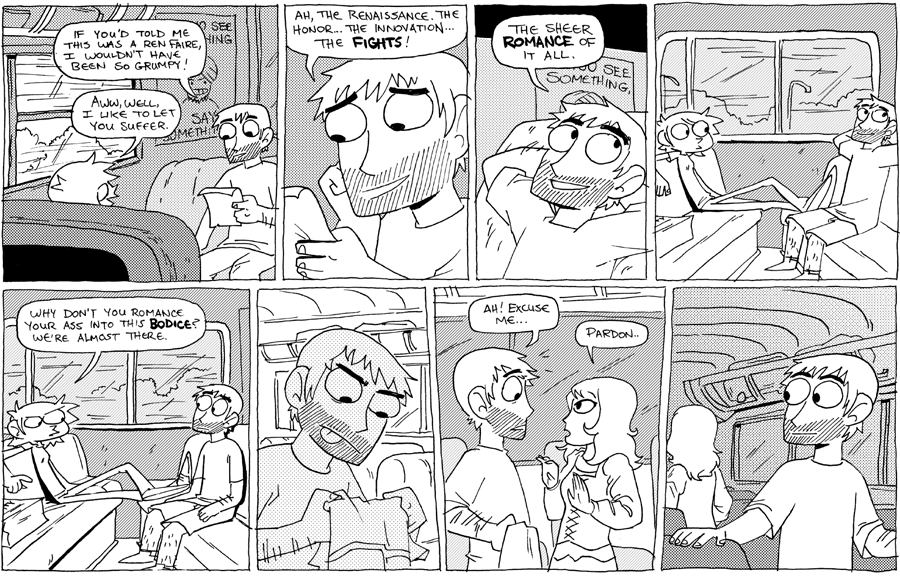 Will was such a dork here! I think his failures gradually narrowed his tastes. I'm just noticing that "See something, say something" poster in the background. What a crass joke - it feels like a bad approach. I was angry about the whole campaign, which had (has?) a dreadful racist undertone to it, and naturally I thought they should say what they meant. But it's a heavy tone to drop on a very light comic about the adventures of white people. I cringe!