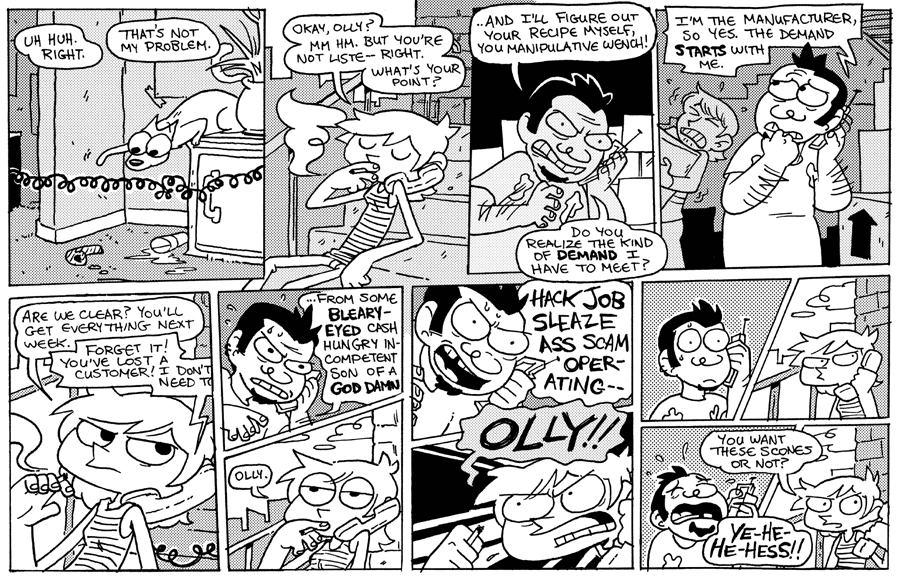 Whew okay. So, I decided at this point I wanted to draw the comic on paper. My biggest reason being that I’d been drawing almost completely digital for 3 years, and felt it was stunting my growth. In hindsight it was true - I needed more time and practice in the analog world - and I present these pages to you as evidence. My layouts, my lines, my lettering, my overall sense of confidence just isn’t there. But with the 3x a week practice drawing a webcomic afforded me, I learned so much. This page pissed off a decent number of people; free webcomic nitpicking aside, I can understand why. But again, I clearly needed this time to figure stuff out. I’m glad most people were patient. One reader called my adventures in pen and ink a “bait and switch”, which I still think is really funny. Maybe they are reading this now, as I speak from the top of my game. Hello.