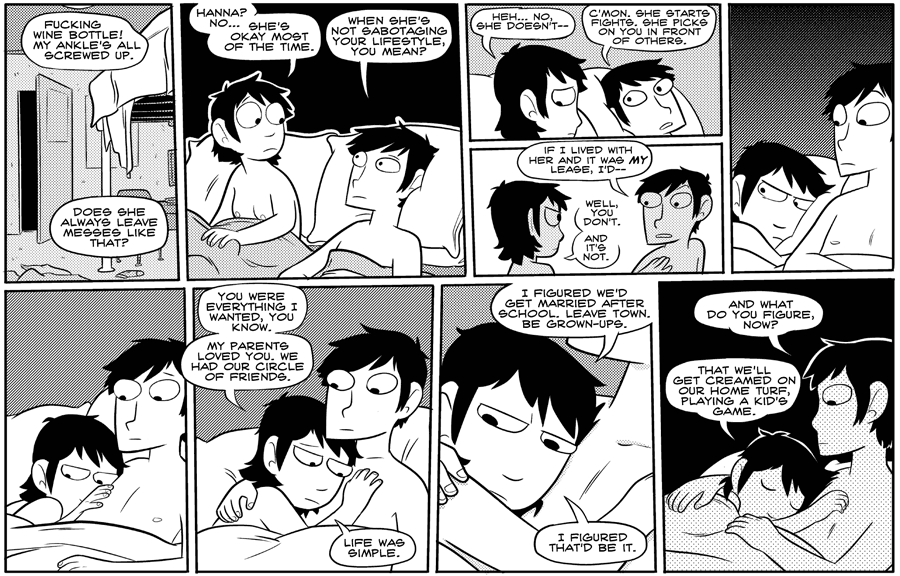 Eve's horrible loft bed is based on the one I had in college. Yes, it was very hard for 2 people to be up there. It's amazing the space you manage to occupy when there's no other real choice.