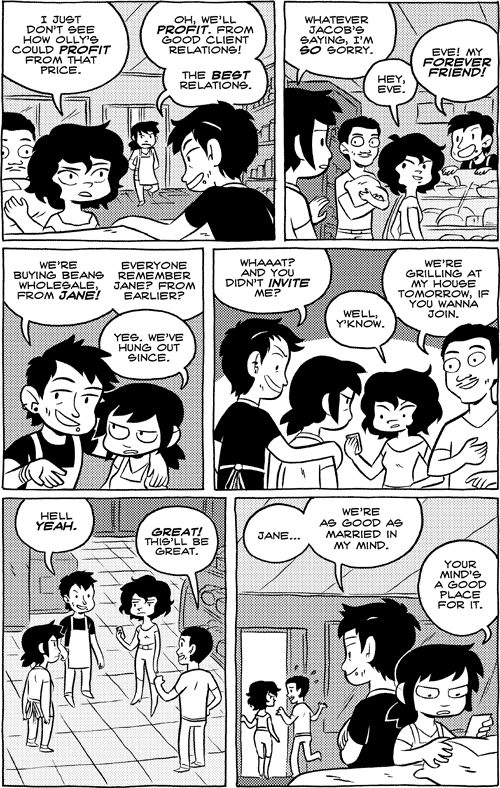 I would've liked to show more of Jane being unfriendly to people she considered pests, I think that would've been fun for all of us. The last panel is a cheap reference to a Weezer song about unrequited love for a lesbian.