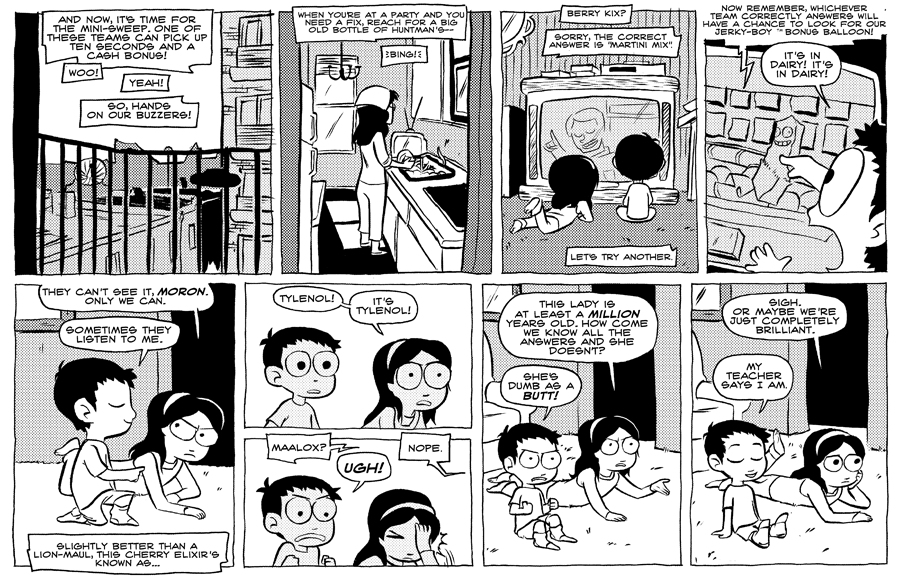 New chapter! Should be a fun one. I was very coughy and sniffly when I drew this one. Winter sickness, am I right? If you read any other webcomics, you've probably already heard about the New England Webcomics Weekend on March 20-22. It's basically a huge social gathering and open studio event I'm organizing in conjunction with Dumbrella and Topatoco. It's a free, public event, and lots of people are coming -- perhaps you'd like to as well! Check out the official website for more details. The Paper Bag Parade art print is now on sale in the store!