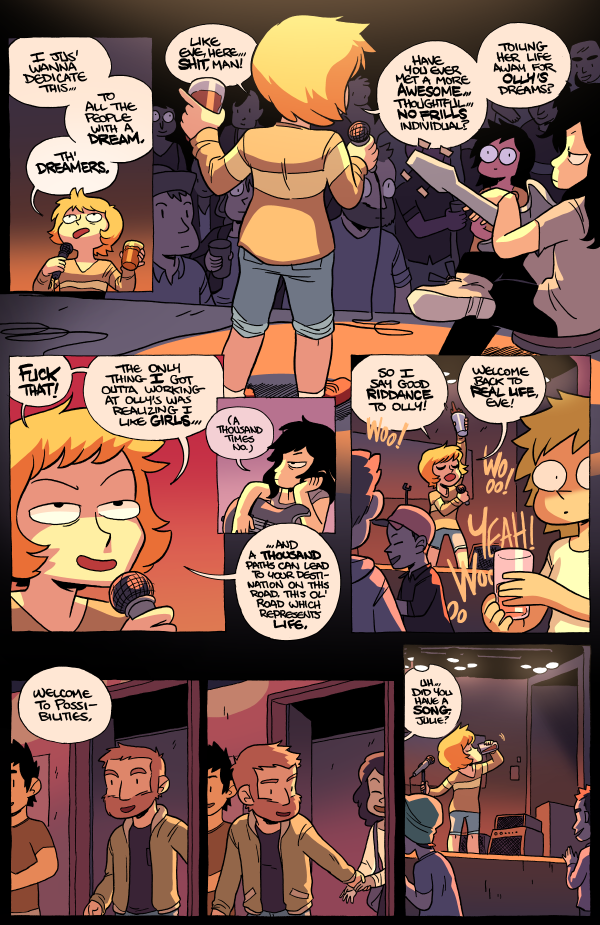 At some point I did have a more redemptive arc in mind for Julie, but as the series (and my life) progressed I felt more deeply that people don't always land on something satisfying, that some will forever nurse a particular time in their life, and the world will leave them behind. Which isn't to say Julie is destined for misery - but she'll probably keep circling some truths about herself without ever landing on them, and that frustration will manifest in visible ways. As for Julie liking girls, that was always true, but I thought it was extra funny for Julie's sexuality to "follow" Jackie into this next stage, much to the latter's annoyance.