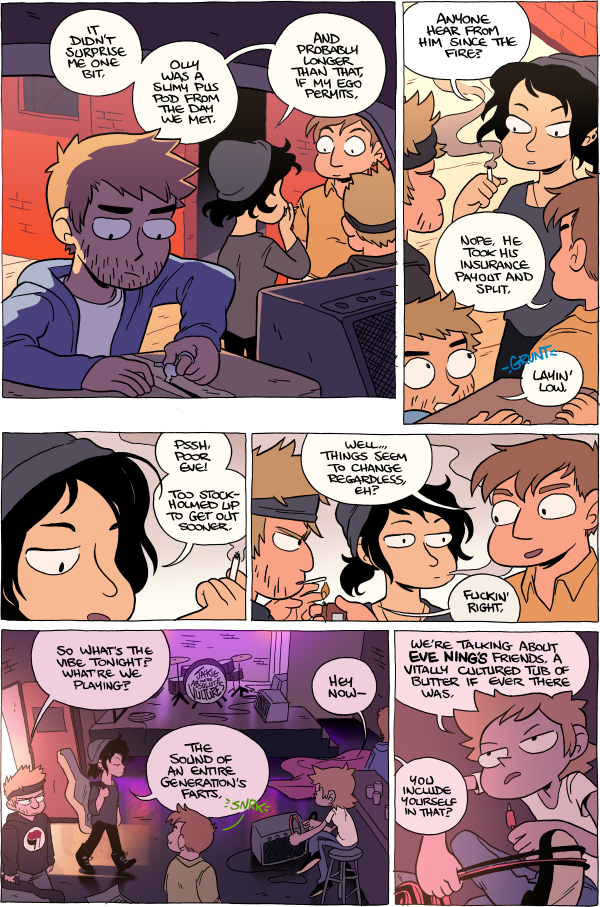 It was funny to me for Jackie to never feel any sort of solidarity with Eve as a fellow worker, only sympathy that Eve was older and flailing at the same job for longer. What she (and countless other OP characters) try to ignore is how time passes and things change without their input. Still, what's more fun than circling like vultures around perfect hindsight?

Speaking of hindsight it's so silly to me now that this dude is wearing an Antifa logo shirt, another heavy marker of the times: marginal groups with disproportionate media attention who, depending on who you ask, are either the world's most dangerous terrorist organization, or a bunch of vegans who owe you 20 bucks. The iconography alone is pretty shallow, now. But hey, 2017 was an insane year and I only lived through it 1 time, and whatever I captured in that moment felt right. I still think the guy who punched Richard Spencer was cool, and this comic was drawn maybe 2-3 weeks after that happened.