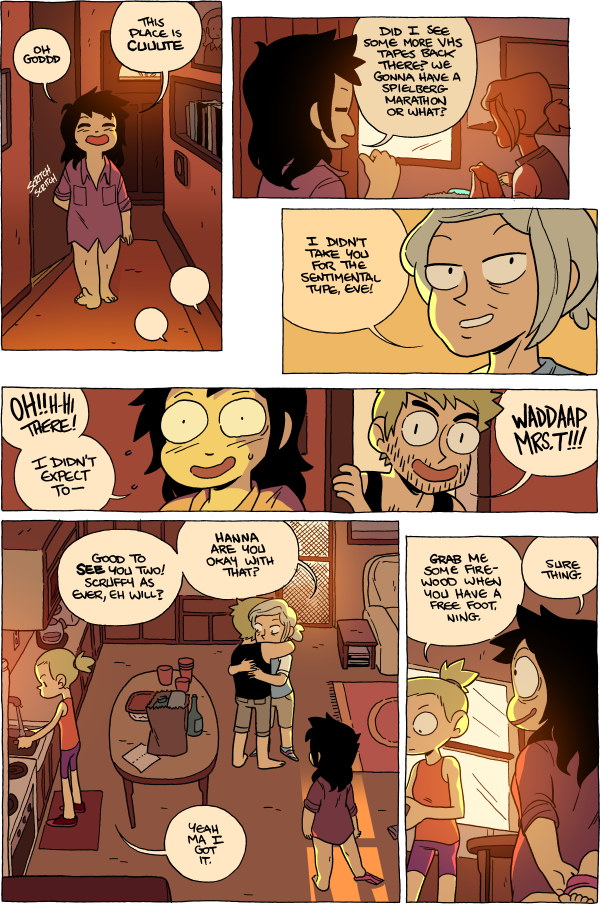 Sorry for the hiccup - I'm back from a camping trip, and I'm just gonna pick up from today.

For this one I wanted to capture the two distinct feelings of sex at your own place and in your parents' house, and Eve being jerked from one setting to another. Eve and Will already live in that liminal space of having some indifferent figure down the hall or at the door at all times. Sex is both a secret and the slobbishly mundane behavior of roommates. But a mother - even someone else's mother, even a guest - adds a layer of childlike deception to the act, accompanied by guilt. Just another issue Eve is going to need to resolve outside of a closed bedroom door.