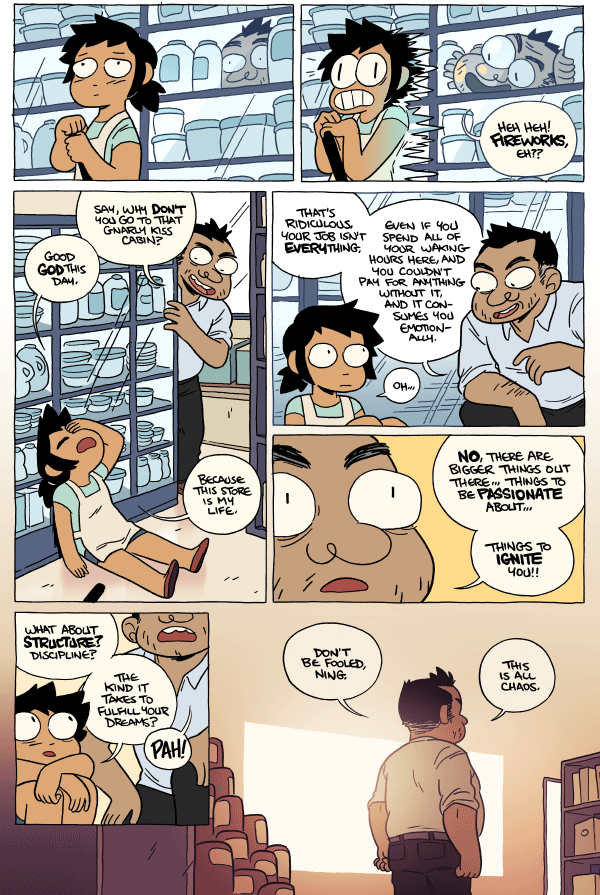 I tried to collect as many of Olly's fire references as I could on this reread. This is the last one.

I both apologize and get a small devilish thrill for anyone who was fooled by Olly's behavior. There's clearly some sort of mental break going on, and that can look oddly like clarity or compassion from a certain angle. Eve's boss has always walked the line of ruthless schemer and helpless victim. But with the store doing badly, his decline can almost seem virtuous. Maybe he IS just a cog in the system, a more powerful one to be sure, but one who understands Eve's plight and wants to nurture her as a way of paying forward his success. Haha... yeah.